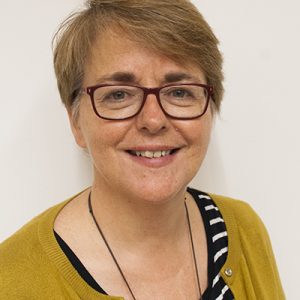 Francis comes to Westminster College as a missiologist with experience of working with churches at global, regional, national and local levels. She has worked with the Reformed Churches in the Netherlands (now the Protestant Church in the Netherlands), the Council for World Mission (both global and regional) and the United Reformed Church, focusing on areas such as education in mission, youth in mission, fresh expressions and pioneering. Her main interest lies in how the church can journey out and engage with people where they are in their search for meaning and purpose.

Most recently Francis was Deputy General Secretary for Mission for the URC. During that time she was involved in supporting the network of URC Pioneers, encouraging new expressions of church and leading a learning community of (mostly) lay pioneers around the URC.

Francis holds Bachelor’s and Master’s degrees in Theology and Missiology from the Protestant Theological University in the Netherlands and a Postgraduate Diploma in Training and HRM from the University of Leicester.

Francis will lead the ‘Creating New Christian Communities’ course together with Peter Ball and Alison Gray, as well as a new follow up course which will be offered in 2023.